The toughest job in the world

Angela, a farmer returns from the garden in Kasese district. Angela, like thousands of other women in Uganda who have suffered from the unfair division of labour are slowly benefiting from has government’s affirmative actions which are harmonizing the gaps that have existed between men and women.

“She gets up before the sun has burned off the morning mist, lights

the fire and prepares breakfast. Then the goats, chickens and

the cow needs to be let out. When the children have been helped

that links the low, mud-built houses to the road, she rolls up the

mattresses from the floor and sweeps it. Then she takes a large

there is a well. She comes back with it full, in lively discussion

with her neighbour who she met at the well. Both their husbands

be able to find a job in town. They also discuss who in the village

will have time to clean their little church before Sunday.

above the red earth. She ties a colourful scarf around her head,

picks up her hoe and sets off again, this time to the family’s

small fields. Maize is growing in one field and beans and lentils

in the other. She observes that it has not rained as much

than the maize in the drought. Resolutely she hoes away at the

thistles and other weeds, takes a brief break to eat the maize

porridge she has bought with her, and then continues to work

until the shadows grow long.

The walk home seems long after her day’s work, but more

work is waiting at the house. Her oldest daughter is sent off

clothes down to the stream to wash. On her way home she drops

in on her parents-in-law. Her father-in-law is ill and stays in

bed most of the time. She promises to speak to a local NGO to

town; he has not seen a doctor for a very long time.

When she gets home she lights the fire and prepares the

evening meal; rice with onions and a vegetable similar to spinach.

bench outside the house. A dog is barking at a neighbouring

house. The sun has disappeared and the children have closed

their homework books. In the gathering darkness they see lights

turned on in the houses by the road, but electricity has not yet

reached them. After a short rest it is bedtime, tomorrow will

be another, hard-working day.” 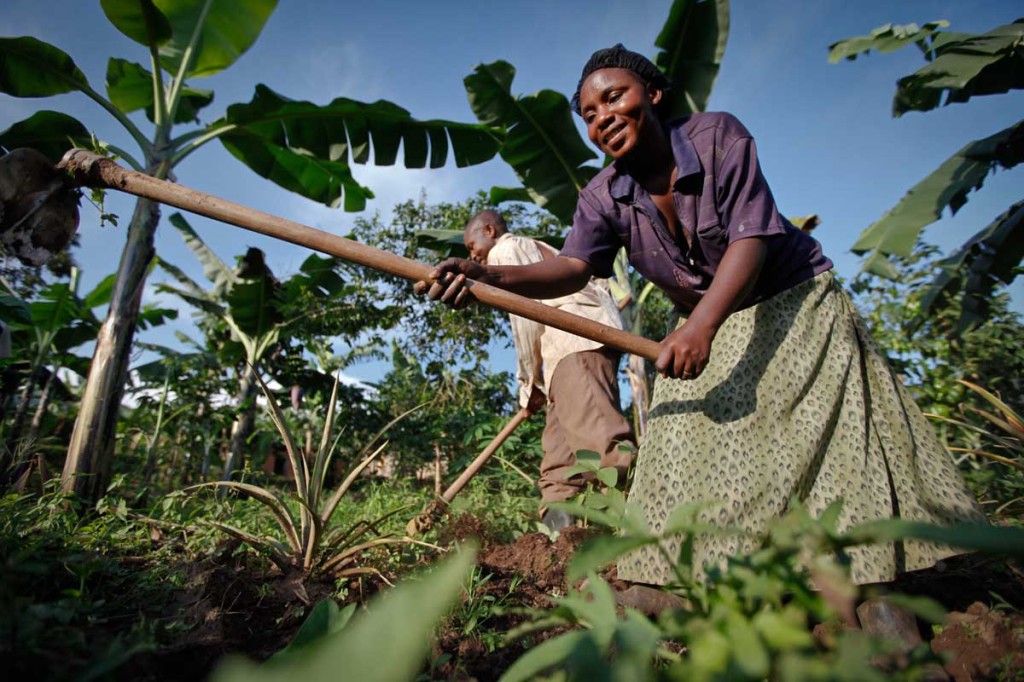 Angela appreciates her husband’s hand in sharing family chores. From Gardening, washing utensils, cooking to bathing the kids, Ivan, has changed the traditional way a typical African family has operated.

So do you still think there is a tougher job in the world than this? 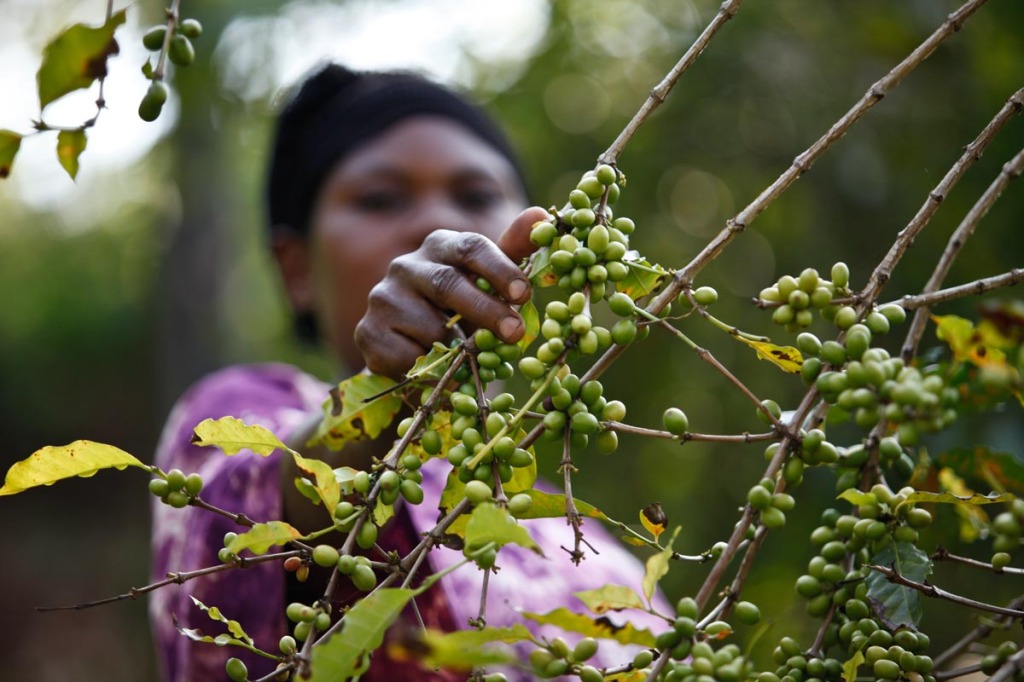 Next to the Ivan family are the Zakalias. Like Ivan, Zakalia has been helpful to his wife sharing family roles. Here, Margaret is seen harvesting coffee.

Since time immemorial, the ‘WORK’ of an African woman has never been quantified into monetary just because it is considered domestic and untaxable.

In the Agricultural sector alone, It is estimated that women do 85% of the planting, 85% of the weeding, 55% of land preparation and 98% of all food processing. However, decisions to market are usually made by men (70%), or are made jointly (15%). In rural areas, it is estimated that women’s workloads considerably exceed those of men according to the International Fund for Agricultural Development (IFAD)

Ivan carries a hoe while returning from the garden. Ivan realized that leaving every chore to his wife would work in disfavor of his family. As a result, he has been helped with resources by the Swedish Cooperative Centre (SCC) to self sustenance.

As the hunger crisis in Somalia continues to take up most of the world’s attention, the time would not have been better to refocus attention on how to support the over 700 million woman/girl farmers feeding the world.

Zakalia, is seen washing utensils as his wife (not in the picture) did the cooking. Margaret says her husband’s hand has taken of a lot of burden off her shoulders. Family revenues have increased as a result of the team work.

IFAD further states that agriculture which is the main occupation of women in Uganda with 72% of all employed women and 90% of all rural women working in agriculture, why is this?

I believe that there are several reasons to this concern. Critical and yet lacking is the issue of the unclear gender sensitive agricultural policies documents and data. Even where they are present, women in Uganda do not have sufficient power to Influence some of these policies in their favour.

Ivan returns from fetching water. It’s something he has done for years now, saving his wife, a lot of kilometers back and forth collecting water that can sustain her family of four.

The continued school dropouts in are affecting the long term knowledge resource for Women farmers in Uganda. Coupled with a limited access to appropriate resources, technologies, markets and land, agricultural productivity thus has dwindled, if not remained

In the agricultural sector where division of labour has for long, worked to literally strain women farmers, the situation is gradually changing. First with governments affirmative actions and also the gender based community education which has worked to harmonize labour divisions.  Another government initiative is the Plan to Modernize Agricultural production (PAM). 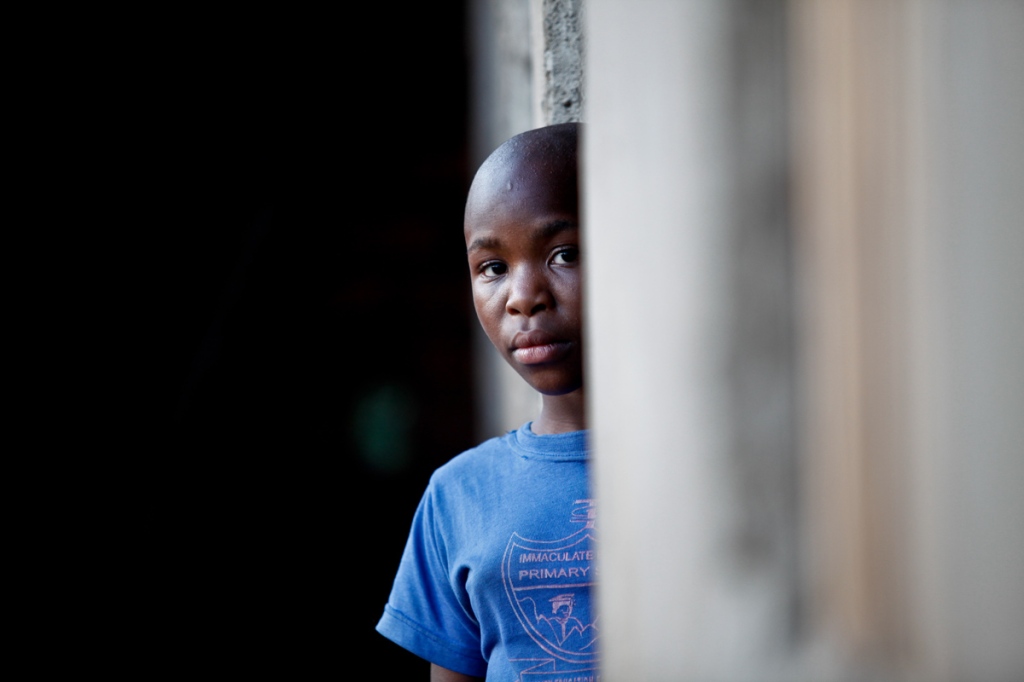 Ivans daughter peeps from her furthers main house in Kasese. They have benefited greatly from the joint input their parents have done.The bondage between them and their parents has kept on improving since they were children.

Swedish Cooperative Centre (SCC), a Swedish NGO seeks to even harmonize these divisions to benefit small scale farmers even further. They support poor women and men to enable them to increase their incomes, improve their living conditions, defend their rights, and organize themselves.

Angela returns from fetching water. Shared family roles put to maximum use, resources given to them by the Swedish Cooperative Centre (SCC), a Swedish NGO that seeks to support small scale farmers.

I I was privileged to document some of their projects in Kasese district, western Uganda dealing in small scale farming.

Ivan strikes a happy face at his home in Kasese. He’s among the small scale farmers benefitting from the Swedish Cooperative Centre.

Ivan a teacher by profession is a practicing farmer, naturally from his family background, He realizes that family responsibilities are meant to be shared if Prosperity is to be achieved. 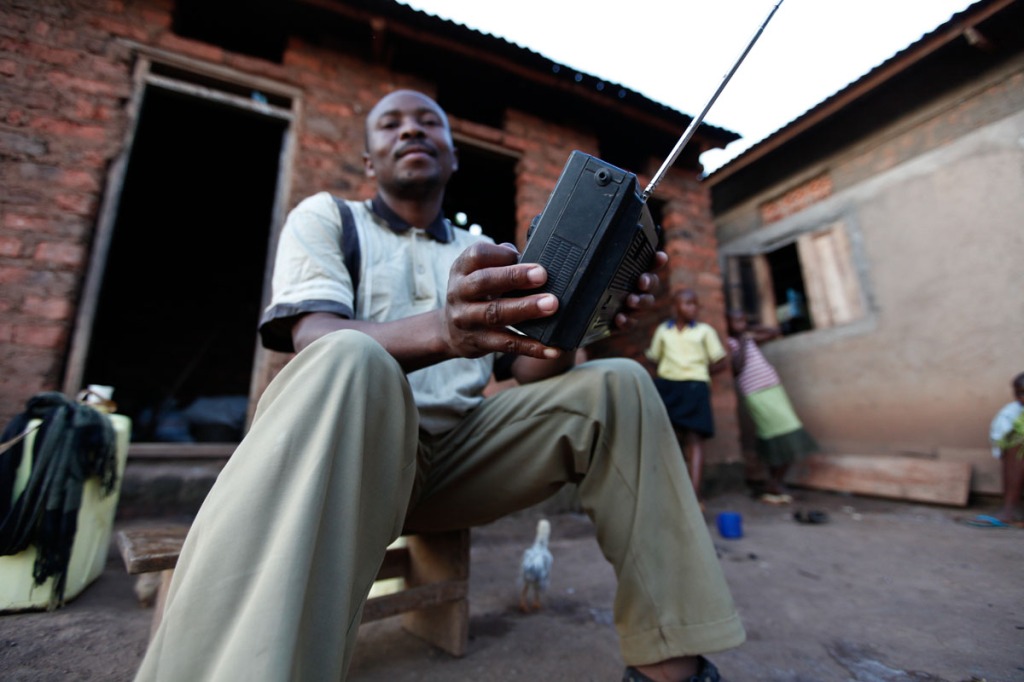 Ivan listens to radio a lot. Whenever he’s not occupied with something, Ivan listens to his radio. He’s among the small scale farmers benefitting from the Swedish Cooperative Centre.

From digging, cooking to washing, Ivan tries his best to take off part of burden from his wife. The pictures thus best describe the changing family roles that have slowly easened, call it the “toughest job” in the world for a woman.

It’s one huge step from the African perspective.

42 thoughts on “The toughest job in the world”