As Thomas Kwoyelo, a former LRA commander continues to fight for his freedom through the Uganda courts of law having been charged with over 50 accounts of murder, attempted murder, rape among others, I traveled to Gulu, from where I spoke to Nancy Abwot, a former abductee of the 20 year old war.

My name is Abwot Nancy, 21 years; I was abducted when I was 7 years old in Kwatira In Gulu.

It was terrifying because even though I had witnessed the terrible things Kony had done before, I could not imagine I was abducted.

I was taken to Sudan immediately where we trekked for a very long distance.

On arrival, I was assigned to Dominique Ogwen (wanted by ICC) as a housewife. It was so painful. I felt as if they should have just killed me other than giving me to a man that old at a time when I didn’t have an idea who a man was.

When you are with them, regardless of your age, you were given a man whether you wanted or not. With the LRA, everything had to be a yes, because a no was equivalent to death.

Settling in Southern Sudan was really difficult but I had to otherwise I would have been killed like many were. Children, men and women would be killed over little things.

We (women and children) were then trained on how to use guns. After finishing that training, we were then nicknamed, Konys’ Kadogo’s. The Kadogos were in charge of providing food for the fighters. 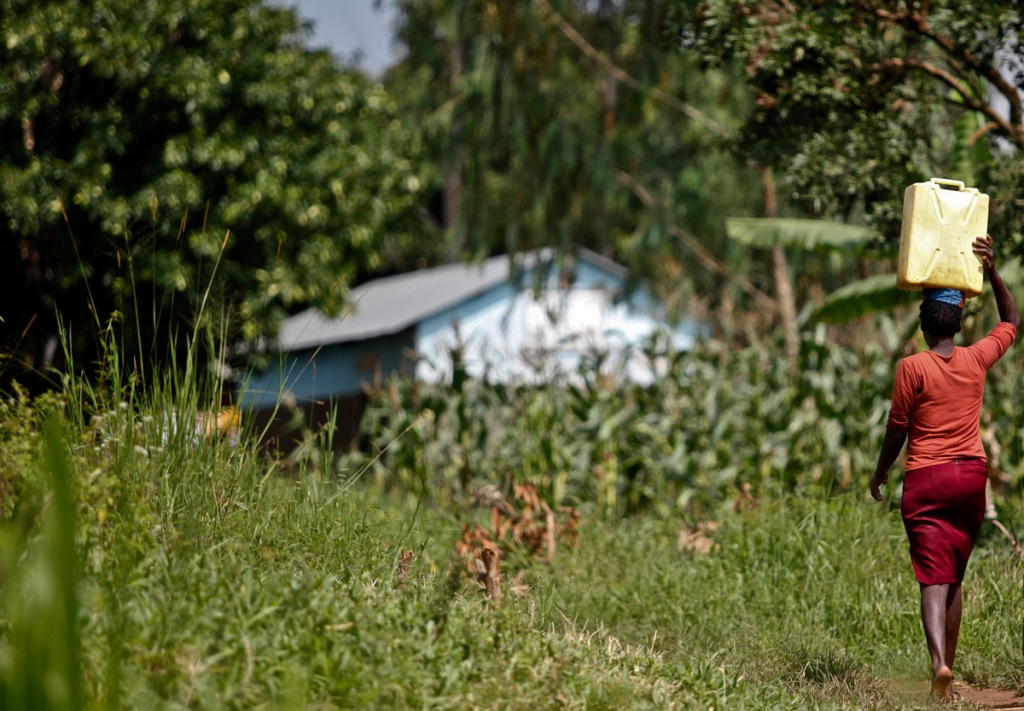 Abwot is seen from fetching water

Women like us were always given guns and forced to go loot food from the South Sudanese. It was not easy as we always had to fight for food. If you don’t take back food to the camp, you were killed immediately.

Many died in that process including my close family and friends.

The life in the bush was not easy during the six years I spent with the LRA. We were forced to do certain things which are imaginable.

The year 2003 was the defining point in my life in the bush. There was heavy fighting between the rebels and UDPF in a place called Koc. In me, I knew this was the time to free myself. I knew how dangerous my decision was but I’d to make it anyway. There was never an easy decision in the bush. 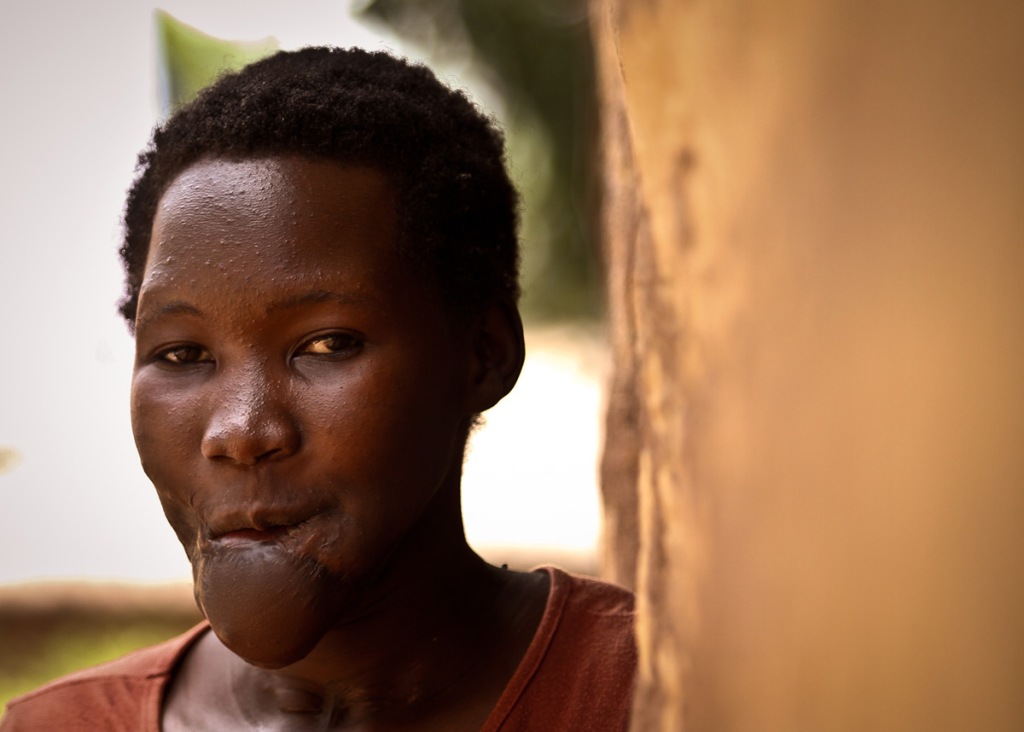 Standing by her door steps

As the fighting raged on, I was shot on my lower lips by a bullet. I cannot tell from which side the bullet came from. I was bleeding so much but I had to put a cloth on my lip and started running.

I ran for days and nights. My lip was getting worse before I collapsed one day by the road ride. A Good Samaritan picked me up and that’s how I ended up in Uganda. I was then flown to Italy for surgery not so long after arriving in Gulu.

My life was so hard during the insurgency. Now that things are calm, it’s much better but I still ha

ve to go through a lot of hardship just to survive. Right now, I have nothing.

I never got a chance as a result to go to school; I have horrible injuries that have affected my appetite. There are foods I can no longer eat. I have an injury on my jaw, both my shoulders, and on my thigh, there is still a bullet lodged in there.

I doubt I will ever get justice enough to console my heart even if Kony caught and tried or even killed.

The Kwoyelo trial for example might be of help but in my opinion, most of these people were abducted by Joseph Kony and many of them were being pressured to do some of the things they did in order not to be killed.

I personally didn’t know much about Kwoyelo because all I knew was that he operated mostly in Uganda.

A candid look at Nancy Abwots lip.Shuttered by a bullet and miraculously, she’s still alive

But it’s good some kind of justice is being exercised. I believe it could help release off the burden most of us went through while in the bush.

Kony destroyed my life and as long as he’s still out there, the war has not ended

Abwot is currently jobless. She volunteers in a convent but the handouts she gets for her efforts cannot sustain her family. She’s now married with one child. Her husband is unemployed.

Abwot can do tailoring and requests for a SEWING MACHINE.  A good sewing machine goes for $150 (UGX.430.000).I hope to travel to do another story on her in about 4 weeks. If you think you can contribute to the purchase of the sewing machine, get in touch with either me or Justine Dralaze, Video Journalist with Reuters.